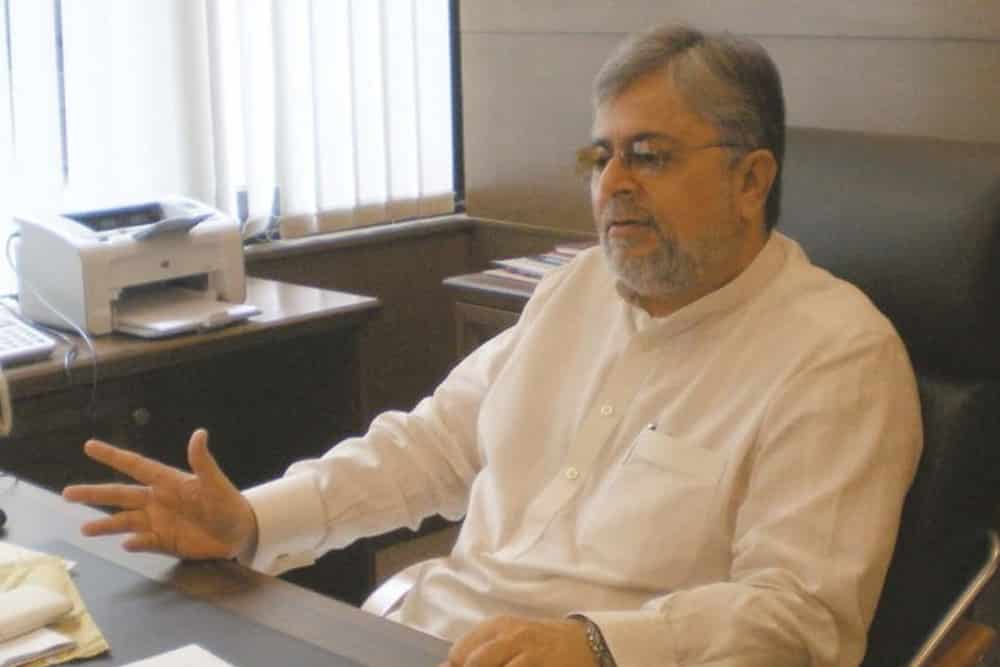 Mr. Muhammad Zubair Motiwala has joined Iqra University as a Professor of Practice. Mr. Motiwala is a well-known industrialist, businessman, and social worker. He is the founding chairman of the Pakistan-Afghanistan Joint Chamber of Commerce & Industry (PAJCCI), managing director of Diamond Textile (Pvt.) Ltd, chairman of the Businessmen Group (BMG), and director of Motiwala Industries.

Mr. Motiwala is a notable industrialist who has significantly contributed to the nation’s economic growth, particularly by supporting industrialization. Throughout his successful career, he has represented the business community in different capacities as one of the most renowned representatives of the industrial sector.

He served as the Chairman of the Sindh Board of Investment from July 2011 till October 2013. He was the Investment Advisor to the Chief Minister of Sindh from January 2009 to July 2011. He was Chief Minister Sindh’s Special Assistant for Business Affairs from September 2012 to March 2013. He was elected Pak-Afghan Joint Chamber of Commerce & Industries president in March 2012. He held the position of chairman for both Sindh Engro Coal Mining Company (SECMC) and Thar Power Company. He serves as a member of the Private Power & Infrastructure Board (PPIB).

Mr. Motiwala was chosen president of the Karachi Chamber of Commerce & Industry for 2000-2001. Due to his extraordinary abilities and passion for the textile industry, he has been elected as the Chairman of the All Pakistan Textile Processing Mills Association concurrently.

“I am grateful to the chancellor and vice chancellor of Iqra University for giving me this opportunity. InshAllah, I intend to do justice with the honor that is given to me.”, said Mr. Motiwala.

In 1996, he was appointed a member of the Prime Minister’s Committee on Textile and Exports. In 1996-97, he was elected Chairman of SITE Association of Industry, which represents Pakistan’s largest industrial sector. During 1997-1998, he also represented the industrial sector as chairman of the Council of Karachi Industrial Associations.

He is the chairman of the Sindh Entrepreneur Development Fund, which promotes value-added industries for Sindh’s agro-products, and under his direction, a number of successful businesses have been established.

Mr. Motiwala is a member of the advisory boards of the IT and Telecom Division, Ministry of Science and Technology, Government of Pakistan; Karachi Electric Supply Corporation; and the Federal Tax Ombudsman. In November 2009, he was nominated as a member of the Board of Directors of the “Sindh Public Procurement Regulatory Authority (SPPRA).

He was appointed as chairman of the Investment Promotion Steering Committee in Sindh in February 2010. He led Pakistani trade delegations to China, the UAE, Russia, Turkey, Malaysia, Singapore, and Korea in order to promote investment in Sindh province. He holds the position of Honorary Consul General for the Republic of Burundi.

Mr. Zubair Motiwala is an asset to the country, and his presence at Iqra University will advance education, knowledge, and skills in the right direction for the better good of the community as a whole.